Setanta Sport is extending its remit by showing 20 Irish movies and documentaries this summer following a deal with the Irish Film Board. The move follows Setanta’s live free-to-air screening of U2’s Glastonbury concert last weekend and is seen as a continuing strategy to help broaden the sports channel’s appeal. 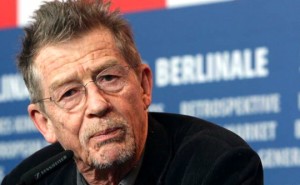 Showing next Wednesday is H3 , set in the H-Blocks of the Maze prison and co-written by Laurence McKeown, who spent 70 days on hunger strike. The story starts in 1981 and runs until Bobby Sands’ death in May of that year. The hunger strikers’ campaign is filmed through the eyes of fictional characters.

Elsewhere on the Irish film front, developer Harry Crosbie has signed a deal with Odeon and UCI Cinemas, Europe’s largest cinema operator, to locate a six-screen multiplex in the Point Village, opposite the 02 and beside the Gibson hotel. Point Pictures is due to open in late October.