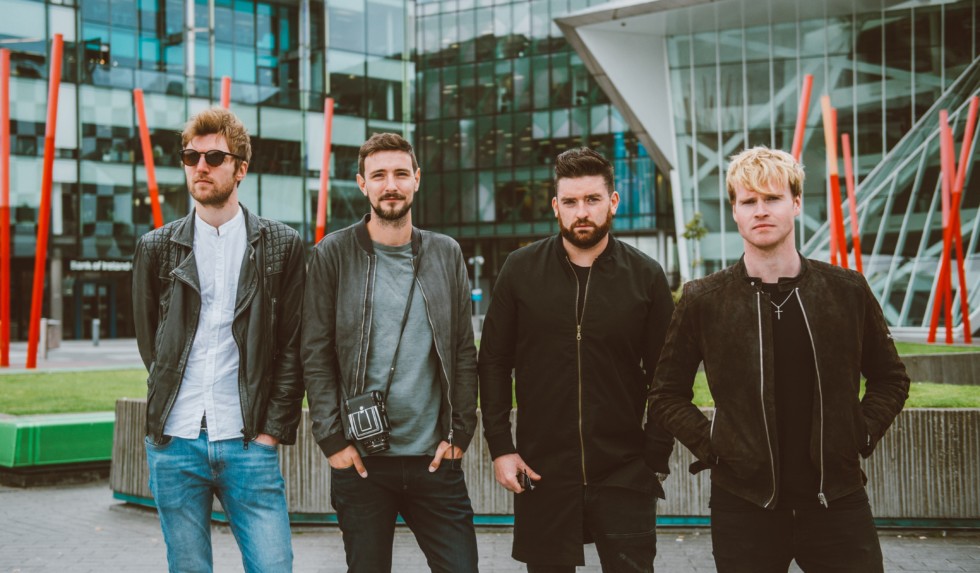 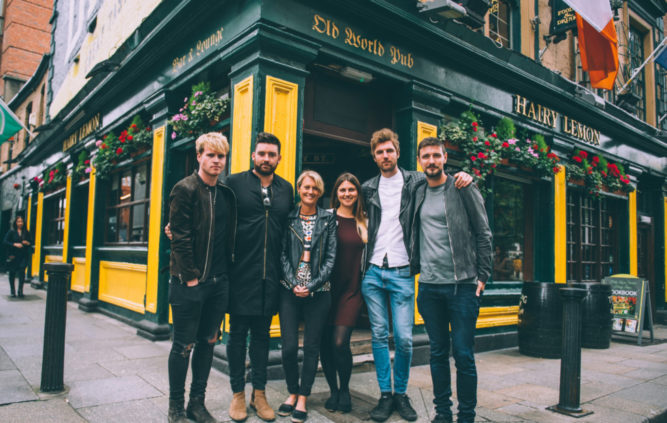 Hayley Pitts and Cornelia Steinbock, both Tourism Ireland, with Kodaline, outside the Hairy Lemon pub on Stephen Street, during filming in Dublin for a new Tourism Ireland campaign.

Tourism Ireland has teamed up with the music video and entertainment platform Vevo to create a new video guide to Dublin starring Kodaline. The video is part of a promotion to showcase Dublin to British holidaymakers this autumn, as cross-Channel visitor numbers fall due to Brexit and the drop in sterling’s value. The series of videos is called Real Guides.

The series is fronted by well-known music acts in different cities, with the first video guide being all about Dublin and starring Kodaline. Filming took place in the capital this week, with the four band members taking viewers on a journey around their favourite places to shop, eat, drink and hang out in the city.

It will be promoted across the Vevo platform in Britain this autumn, with the potential to reach up to 10 million 18 to 34-year-olds – or potential visitors for Dublin. It is one element of Tourism Ireland’s autumn campaign to raise awareness of some of the many great experiences on offer in Dublin and elsewhere throughout Ireland.

While half year figures from Tourism Ireland show overall the number of overseas visitors is up more than four per cent, currency fluctuations with sterling and public uncertainty surrounding Brexit have partly contributed to a 6.2 per cent fall in British visitors. Last year, 10.3m overseas visitors came to Ireland, yielding revenues of €5.3 billion.