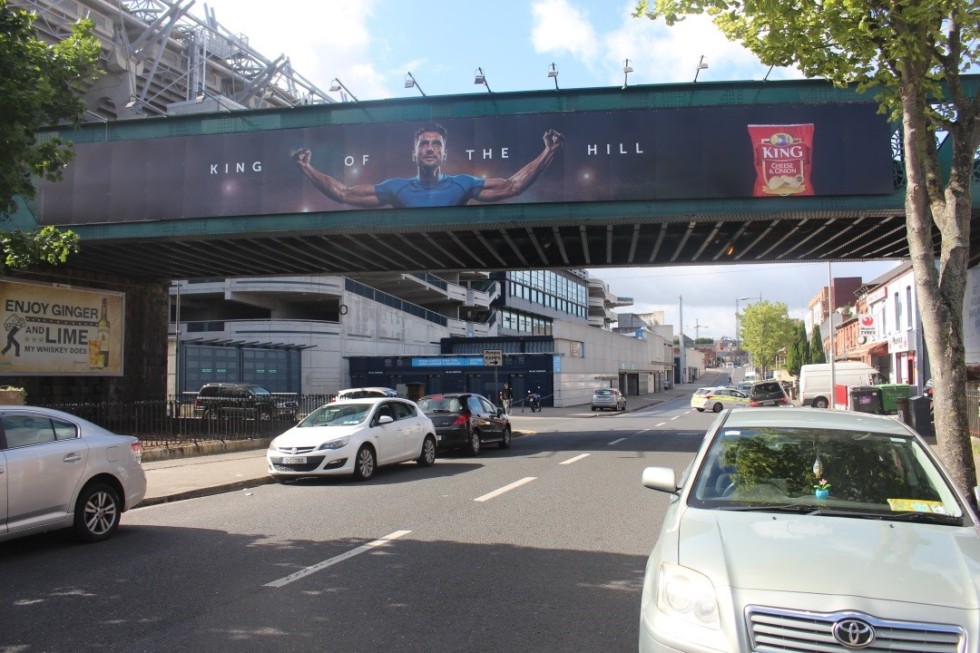 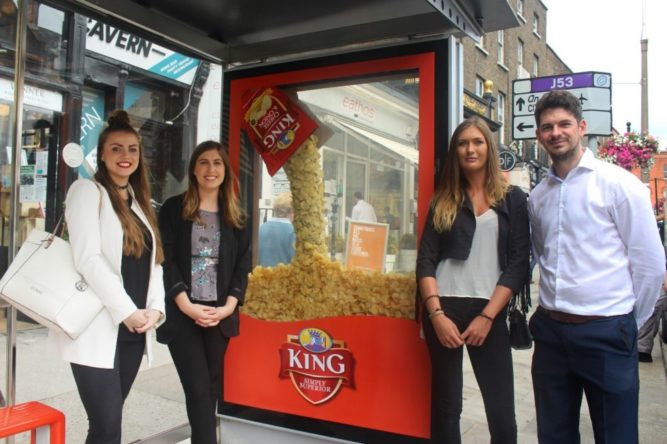 King Crisps has launched a new out of home campaign through Vizeum and Source out of home. Largo Foods has once again teamed up with Dublin GAA star Bernard Brogan for its ‘King of the Hill’ ads. The OOH element of the campaign has been running for several weeks on a number of formats, including Retail AdTowers and Adboxes in various locations.

The snack brand also has a fun OOH special build. Developed by PML Group in-house and built by Eclipse Media, the bus shelter on Upper Baggot Street has been filled with crisps, poured from a King Crisps packet. And yes… they are the real thing. About 250 packets of crisps were used to fill the six sheet panel to generate consumer talkability.

The campaign has been trending on #KingOfTheHill.