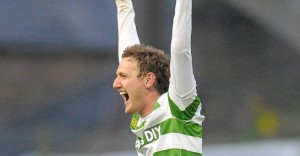 Shamrock Rovers account for over a third of Airtricity Premier League Facebook fans and over 20 per cent of Twitter followers of the 12 Irish league clubs’ official social media channels, Sport for Business reports. With teams back in pre-season training, the numbers are likely to rise but already Irish football fans fall just short of those who follow the Guinness Rugby Challenge on Facebook.

“Sports fans are ahead of the game in harvesting information though social media,” Rob Harnett, founder of Sport for Business, said. Facebook and Twitter form a critical part of any clubs engagement with those they hope to attract through the turnstiles or into the merchandising net. In the Airtricity Premier League, Shamrock Rovers are the reigning champions with the biggest crowds and fan base.

The club has over three times the number of fans as its nearest rival, Sligo Rovers. In terms of Twitter followers, the gap is slightly smaller but the number of tweets shows how hard the club is working at building the loyalty of its 5,620 followers. The tweet count of 13,355 is impressive and compares to a mere 90 tweets from Drogheda United whose fan base is the league’s smallest.

On a global scale, the ability of Manchester United and Barcelona to enhance loyalty and make themselves more attractive to investors and commercial partners means their sites have millions of followers. Barcelona have 26 million fans, Real Madrid 24 million and Man Utd 22 million. In Ireland, things are obviously at a more modest scale but clubs and sporting organisations are increasingly tapping into digital media.

Clubs need to build value with commercial partners who see these numbers as an indicator of the fan engagement. UCD has the most potential to grow, given its student support and familiarity with new media.