Housemate rules around working from home

With 41 per cent of remote working professionals based in shared housing, the last two months has seen dining room tables and kitchens around the country converted into co-working spaces. For the first time, housemates are spending a prolonged period with their co-habitants – switching occasional interaction in the evenings and weekends to almost 24/7.

Recruitment company Walters People says they are also increasingly hearing of more young professionals moving back into their childhood homes – with some having spent more than 15 years living apart from parents and siblings. There has been a lot of discussion around physical work set-ups at home, remote-working tech and how to manage teams.

Here’s some ground rules for working alongside co-habitants. 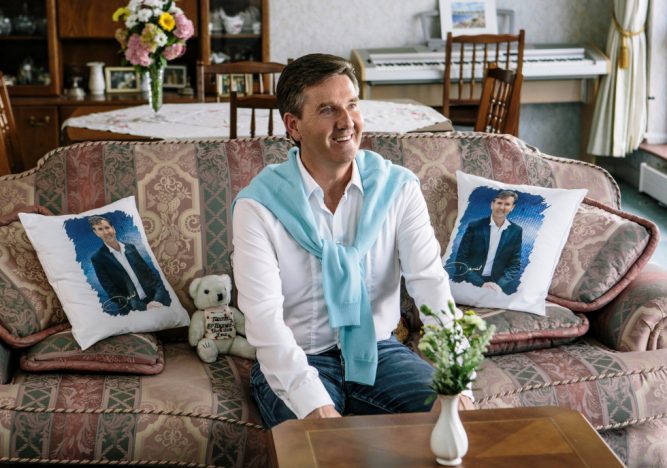 Daniel O’Donnell gave an impromptu singalong outside a care home in Gweedore last week. Little did the residents know that he was on an emergency call-out for Gas Networks Ireland.

Hollywood star Michael Fassbender’s favourite hobby is rally driving. But with a surname like that, his fans take their chances watching from the sidelines.

The top male nude five-a-side team in Paris took on Harry Rednapp’s side of out-of-shape, ex-pros. Former Arsenal midfielder Ray Parlour described his French opponents as decent players who could hold their own on the pitch.

Scientologists believe that whatever happens to them is their own fault. That explains Tom Cruise’s movies.

Combine harvesters – and you’ll have a really big restaurant for social distancing.

The AAAA? A support group for drunks who drive.

Ellen DeGeneres no longer smokes in bed. Someone hid her pipe.

It’s best to avoid having a heart attack while playing charades.

After years of searching, the Garda Síochána say they are close to finding who let the dogs out. They’re following several leads.

The TCD maths professor couldn’t believe he was sacked. He swore he’d given the job 110%.