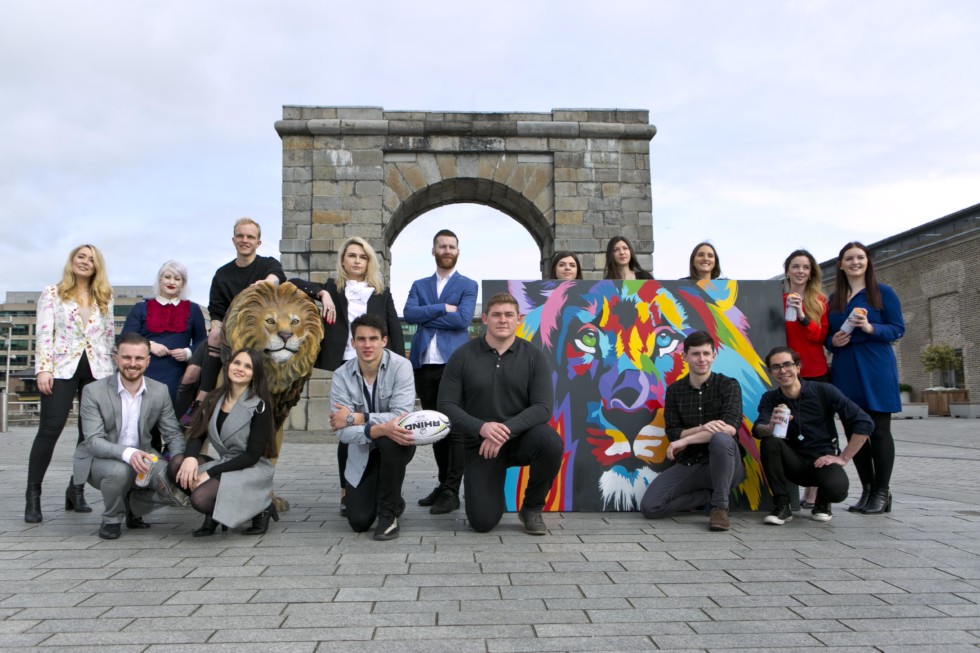 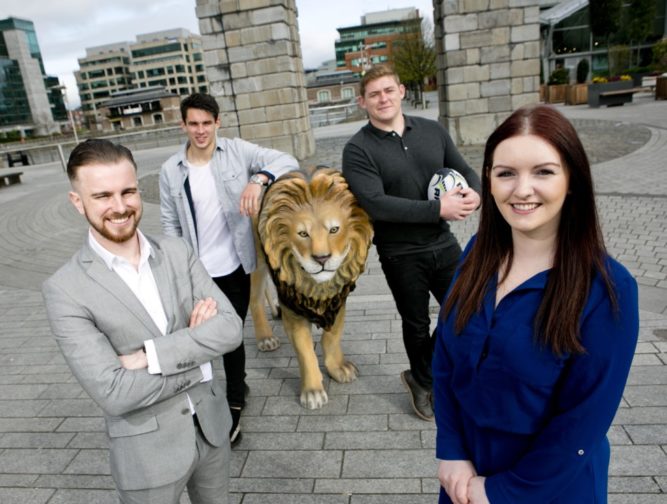 The Institute of Advertising Practitioners of Ireland (IAPI) has announced the winning teams to represent Ireland at the annual international Cannes Lions Festival in June. This year, 14 creative young people will compete against teams from all over the world in film, design, print, PR, social media and marketing competitions in the South of France festival.

It is the largest number of Irish Young Lions since the festival’s inception 60 years ago. Over 200 advertising aces vied for a place on the team by entering the IAPI Young Irish Lions competition held in February and March. Cannes coincides with Ireland’s rugby tour of New Zealand, so international players Joey Carberry and Tadhg Furlong took part in the photocall.

The Cannes festival is attended by around 15,000 people drawn from over 105 countries.

It is the fourth year IAPI has organised a young creative team from Ireland to Cannes.

The winning team, their categories and sponsors: