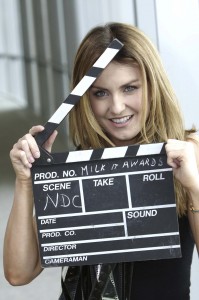 Image Publications was named publishing company of the year at the  Irish magazine awards presented by Magazines Ireland at a gala dinner in the Marker Hotel. The company, run by brothers Robert and Richard Power, launched a new website, ImageDaily.ie and a new wedding quarterly, Bash. Their custom publishing division increased ad revenues for Cara magazine and they developed reader events and awards.

Mairéad Farrell (pictured), co-producer and co-presenter on the Ray D’Arcy Show on Today FM, was MC.

View all posts by Michael Cullen →
Independent.ie traffic up by half
Institute launches career series