Independent.ie traffic up by half 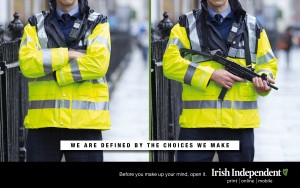 Independent News & Media (INM) claims to have boosted its Independent.ie traffic by 51 percent in the past year and now has almost six million online readers. A series of exclusives and firsts for breaking news helped visitors to the website grow to over 5.9 million in August alone, new figures from ABC show. Monthly page impressions rose from almost 46m in the audit in 2012 to a total of over 64m this year, a 39 per cent rise.

The site featured such stories as the passing of poet and Nobel laureate Seamus Heaney and coverage of the arrest of Irish woman Michaella McCollum Connolly on cocaine-smuggling charges in Peru. INM has integrated its offline and online editorial under group editor Stephen Rae. Group marketing director Geoff Lyons says Independent.ie provides readers with trusted, relevant and quality engaging content.