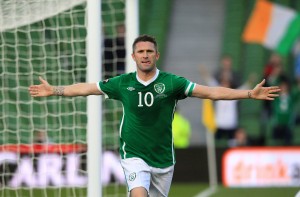 Setanta Sports will show Ireland’s two friendly internationals against England at Wembley and Spain at the Yankee Stadium in New York live. The England game is on Wednesday, May 29th, while the match against Spain  is on Tuesday, June 11th, with kick-off at 1am on the 12th, Irish time. ITV will also broadcast the England game but Setanta has exclusive rights to the Spain match.

Setanta’s marketing director Brian Quinn said the game from New York will be repeated at a more suitable time. Ireland manager Giovanni Trapattoni is due to name his squad for the games, the World Cup qualifier against the Faroe Islands on June 7th and the friendly with Georgia on June 2nd, on Monday week.

Setanta will also broadcast the French Tennis Open at Roland Garros from May 26th-June 6th.