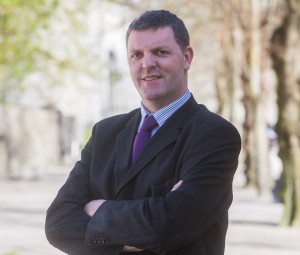 The chairman of the Independent Broadcasters of Ireland (IBI) group John Purcell is calling on the Minister for Communications Pat Rabbitte to hold a meeting with the IBI and RTÉ to establish “a fair and equitable broadcasting landscape” for Irish radio listeners. Such a meeting would be the first of its kind. Addressing the IBI annual conference in the Conrad Dublin, Purcell said the BAI report on the funding of RTÉ, which the Minister is due to receive shortly, cannot be viewed in isolation to the country’s wider broadcasting scene.

Independent broadcasting comprises 67 per cent of the market and seven out of every ten minutes listened to radio is to a local station. “RTÉ cannot be allowed to dominate the debate or monopolise the future,” Purcell said. “This has gone on for too long.  What’s essential is that the debate and decisions that are taken are grounded in what is best for Irish audiences and not just what is best for a single institution. We must all have a viable future, independents and RTÉ.  Ultimately, it’s about securing the future of diverse broadcasting.”

Purcell said there is an opportunity to show how public and private can work together. But there is a need to have equal voices around the table and, together with the minister, hammer out a sensible proposition on where the new broadcasting charge will go. The idea of making a reasonable proportion of the licence fee available to independent broadcasters has long been accepted through the Sound and Vision scheme. Arguments over whether or not any of the licence fee should go to the independents is a red herring.

“Despite the fact that RTÉ is a minority player in terms of audience they hold a virtual stranglehold on public funding from the license fee. This needs to change,” Purcell added. “RTÉ is permitted to operate in the best of all possible worlds. It has seen its commercial revenue decline, but it has the safety net of the licence fee. It can operate on a ruthlessly competitive basis in the commercial sphere citing its commercial obligations to maximise its revenues, regardless of the impact on other media. It can claim to be a public service broadcaster on the one hand and shamelessly seek audiences by whatever means necessary.

“We don’t expect to be treated the same, but we want to be treated equitably,” Purcell added. He said that with a deficit of €60 million, RTÉ faces severe pressures. But similar pressures are felt by independent broadcasters who do not have the luxury of a licence fee to shore up operations. The IBI wants change, but on a “win-win basis with RTÉ”.  The body values the positive contribution of RTÉ to broadcasting and to Irish life in general and wishes to see the state broadcaster be sustainable, but not at the expense of the independents.

Purcell also wants a change in funding the regulator. The Broadcasting Authority of Ireland (BAI) is currently funded by a levy on all broadcasters. The new broadcasting charge is expected to see a higher level of income and the IBI wants a proportion of this money to be used to fund the regulator’s operations directly. With over 1,500 people employed in independent broadcasting, its economic, social and cultural contribution to Irish society was unquestionable and despite the myriad of challenges facing the sector, it has a viable future.