Irish edition of The Times launched 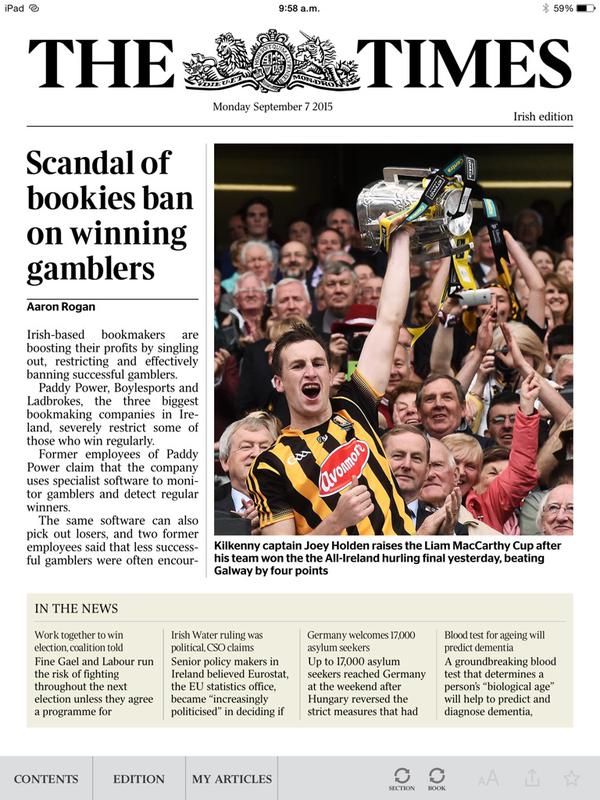 News UK & Ireland has launched its Irish digital edition of The Times. The seven-day online newspaper for tablet, phone and desktop users in Ireland provides Irish news and analysis and is accompanied by a digital edition of the Sunday Times. New members are able to sign up for a 30-day trial for €1, after which the cost will be €5 a week.

Three months’ free membership will be offered to the 50,000 Irish customers in the Sunday Club, the Sunday Times loyalty programme. Full details of the various membership packages are available at www.thetimes.ie/join  Irish editor Richard Oakley leads a team of 30 people, including deputy and business editor John Walsh.

Columnists include author Ann Marie Hourihane, satirical columnist Colm Tobin, political blogger Jason O’Mahony and commentator Justine McCarthy. The Irish edition has the backing of around 350 journalists in London and 36 foreign correspondents across six continents. The sports coverage is edited by Garry Doyle.

Times members get access to rewards and benefits, including restaurant and cinema deals, talks with authors and public figures, invitations to cultural events and holiday competitions. Initial launch offers include free search for all members with findmypast, Odeon 2 for 1 cinema deals, free e-books, Ispy golf deals and weekends with Ireland’s Blue Book.

The launch is supported by a TV, print, radio and digital campaign.