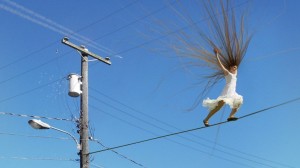 Blinder director Brian Williams’s TG4 stings have won the award for titles, stings, idents and promos at the Celtic Media Festival. The  festival is an annual event, now in its 31st year, which celebrates broadcast and film work from Scotland, Ireland, Wales, Cornwall and Brittany.

The concept of the idents is to represent the Irish goddesses in the 21st century and to re-imagine their legends in an abstract or surreal way that strengthens TG4’s brand as an Irish brand closely associated with the magic, the stories and the imaginations of our ancestors.

To this day, the exact legends have not been fully revealed to viewers. The award is the second for Blinder’s directors in recent days, following on from their success at ICAD, where Gary McKendry was awarded for directing the Barnardos ‘Memories’ TV spot for The Hive.