The Irish Times is to launch a new advertising campaign on RTE One television at 9.15 tonight. Created by Cawley NeaTBWA, the ads will run for six months across TV, cinema, press, digital and outdoor. They are built around the theme ‘The story of why’ and feature 60-second and 30-second TV and cinema spots. The paper will be redesigned and a new mobile app and content management system (CMS) will be rolled out. 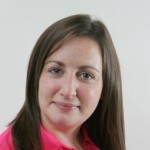 Katie Molony (above), marketing manager, The Irish Times, said they want to promote a compelling reason why people should choose the newspaper. Editor Kevin O’Sullivan said The Irish Times aims to distinguish itself with insight, context, explanation, clarity and a unique take on Ireland and on the world through Irish eyes.

The TV commercial is a mix of realistic and surrealistic scenes reflecting topical issues. A young London-based Irish actor John Fitzpatrick is its central character. The TV ads also run on TV3, TG4 and Sky and in cinemas nationwide. A digital and online campaign has been developed targeting national and international business, sports, features and entertainment media, including Bloomberg, The Economist, Glam Network, websites such as Rollercoaster and EU Mom and on-demand TV channels such as 4OD, RTE and TV3 players. Outdoor advertising and a two-minute online brand film will also be rolled out.