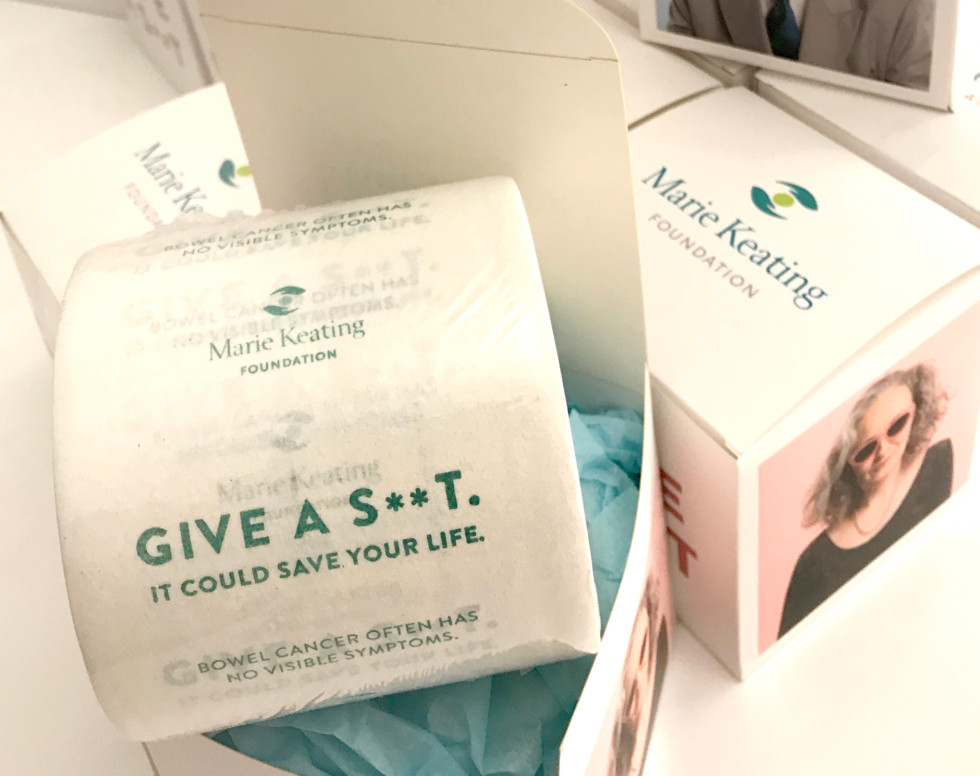 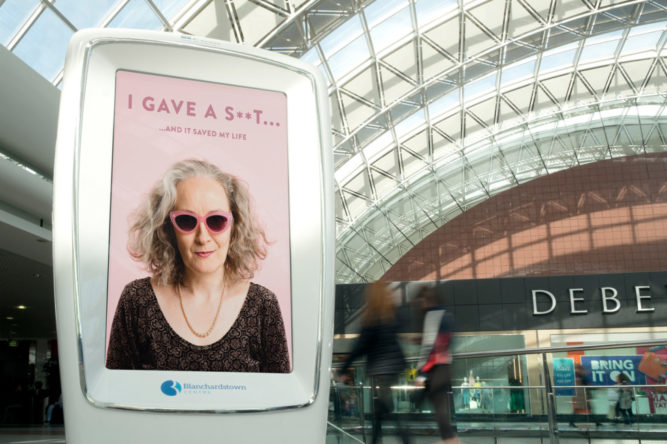 In recent days, media personalities brandishing toilet rolls in parts of Dublin have been urging people to ‘Give a Sh*t’.  It is the culmination of a two-month-long ad campaign by the Marie Keating Foundation to raise awareness about bowel cancer. The campaign, created by JWT Folk, urges people aged 60 to 69 to “Give a Sh*t. It could save your life.”

JWT Folk’s creative partner, Karl Waters, says uptake of the bowel cancer screening test was 40.2 per  cent. “We knew that the issue was more than a lack of awareness,” Waters said. “We’ve come a long way when it comes to discussing diseases and taking care of our health, but bowel cancer is one disease that people are still not comfortable talking about.”

Waters says it is largely because the screening process is embarrassing to discuss. So rather than repeating that bowel cancer is in the top three most common cancers in Ireland, and that early detection gives a 90 per cent chance of living more than five years after diagnosis, the agency went for a direct line – the screening involves literally ‘giving a sh*t’.

Waters said that one thing Irish people have in spades is a sense of humour, so what better way to dispel embarrassment and de-stigmatise bowel cancer screening, than to poke a bit of fun at the process? Ou of home posters, featuring the line “I gave a sh*t. And it saved my life ‘ ran in targeted areas around screening centres.

The ads feature both males and females in the target age bracket.

The campaign also targeted a wider Irish audience through social media. To round off the campaign, and ensure extended awareness in April – Bowel Cancer Awareness Month – JWT Folk and the Marie Keating Foundation sent a special gift to some media personalities and influencers – a toilet roll with the message: ‘Give a Sh*t. It could save your life’.

The toilet rolls were sent to health experts like Newstalk presenter Dr Ciara Kelly and media personalities like Maia Dunphy. The campaign will continue on social media throughout April and on OOH sites and radio in Galway throughout May.