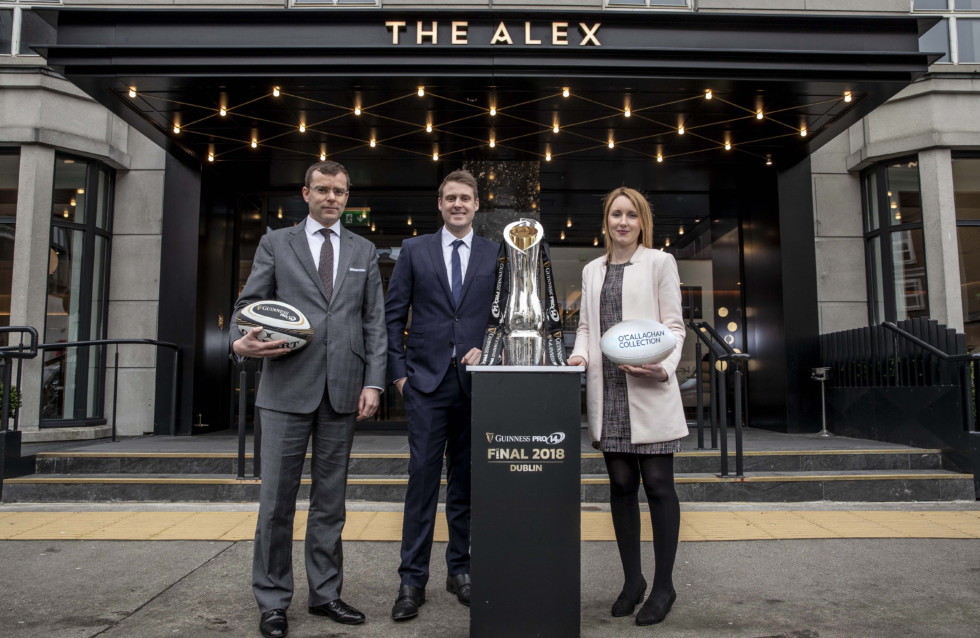 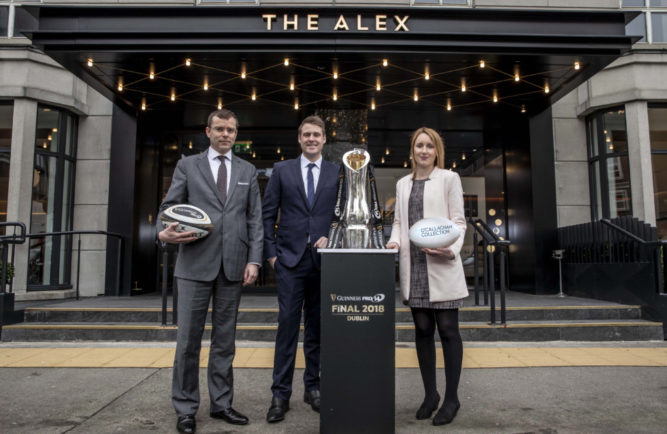 The O’Callaghan Collection of hotels has signed up as sponsor of the Guinness PRO14 finals. This year’s series ends in the Aviva Stadium on May 26 where the champions will be crowned after a season that has seen what was the Pro12 championship add two teams from South Africa – the Southern Kings from Port Elizabeth and the Cheetahs from Bloemfontein.

The O’Callaghan Collection of Dublin hotels includes The Alex, The Davenport, The Green and the Mont Clare Hotel. The Alex will be used by one of the finalist teams. The family-run hotels have been upgraded at a reported cost of over €30 million. The Guinness PRO14 comprises four Irish, four Welsh, two Scottish, two Italian and two South African teams.

Teams play a total of 21 games in the regular season across two conferences with the six top-ranked teams qualifying for the Guinness PRO14 finals. A total of 295 international players appeared in the Guinness PRO12 during the 2016/17 season with 26 players from the championship called up to the British & Irish Lions tour to New Zealand.