Larkin links up with Ogilvy 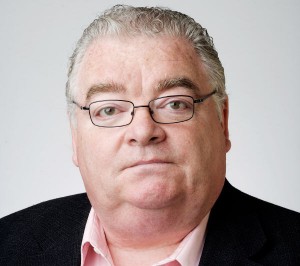 Advertising agency veteran Martin Larkin is to act as a consultant to Ogilvy. The news follows the voluntary liquidation of Leo Burnett’s Irish operation. Larkin was the agency’s executive chairman up to the time of its demise. Burnett’s major client was Kellogg’s. When he joined the agency in 2009, after The Larkin Partnership closed, he brought with him Nivea, Penneys/Primark, the Crisis Pregnancy Agency and the Irish Daily Star.

Nissan and the GAA also made the move with Larkin to Leo Burnett, but both accounts later left the agency. A respected and straight-talking strategist, he is a former managing director of Irish International and Saatchi & Saatchi. He was a Fianna Fáil activist for many years and worked closely with PJ Mara on election campaigns. While the news of Larkin joining Ogilvy was confirmed, further details have not been disclosed as yet.

Account handlers Julie Crawford, Nikki Slattery and Jonathan Kirwan have also joined Ogilvy in the hope that a number of key Leo Burnett accounts will follow them to the WPP agency. While Crawford developed the Kellogg’s business in recent years, it is not thought that the cereal giant would agree to going to another agency, so the likelihood is that the Irish business will be handled from the UK, for the time being at least.