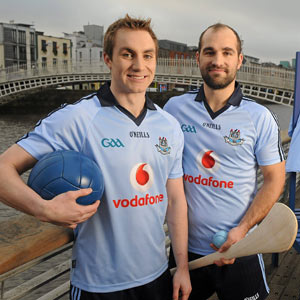 Vodafone is to end its shirt sponsorship of the Dublin GAA teams at the end of this year’s football and hurling national championships. The decision not to renew the €900,000 deal was made after a strategic review of the mobile operator’s sponsorship activities. Vodafone replaced Arnotts as Dublin shirt sponsor in 2009. Previous lead backers for the Dubs included National Irish Bank and Diageo’s Kaliber non-alcoholic beer.

The original deal was for three years with an option of yearly extensions. In announcing the decision, Anne Mulcahy, head of brand, said Vodafone will remain on as an associate Dublin sponsor. Dublin County Board chairman Andy Kettle said he was confident of negotiating a new sponsorship deal in the coming months.

The announcement comes amid high hopes for the Dublin football team this season and fell on the same day Vodafone confirmed they were ending their €50 million a year Formula One deal with McLaren.