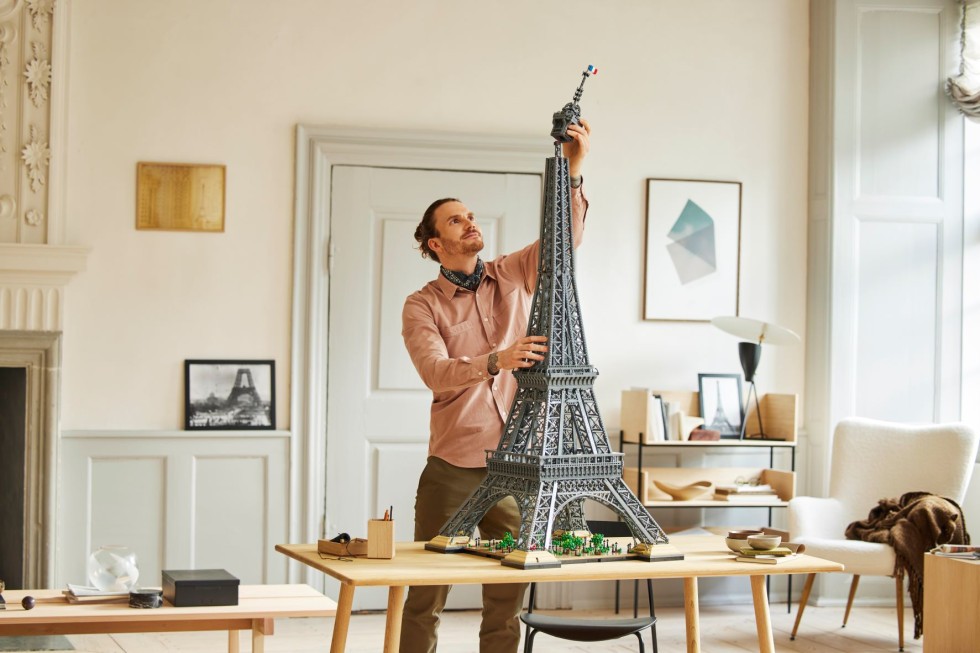 There is also an office at the top and a broadcast tower and the French tricolour at its peak. The set can be separated into four sections, making it manageable to play with, build and move. The Eiffel tower was constructed from 1887 to 1889 as the centrepiece of the 1889 World’s Fair. Despite initial criticism, the design has since become a global, cultural icon.

The tower is considered to be one of the world’s most recognisable landmarks. Lego designer Rok Žgalin Kobe said they wanted to find the ultimate expression for the engineering and architectural masterpiece that is the Eiffel tower. The structural principles of the original tower were followed as closely as possible.

The Lego group was founded in Billund, Denmark in 1932 by Ole Kirk Kristiansen, its name derived from the two Danish words LEg GOdt, which mean ‘Play Well’. Still a family-owned business headquartered in Billund, its products are sold in more than 130 countries worldwide. Lego opened its first Irish store in Dublin in August this year.