Londis to check out four agencies 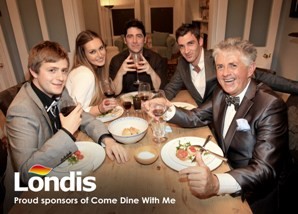 Londis has invited four agencies to pitch for its creative account. Marketing.ie has learned that the independent grocery chain’s marketing manager Ruth Norton is to see presentations from Cawley NeaTBWA, Javelin, Language and the incumbent, DDFH&B-JWT, in the coming weeks. A decision is expected some time in July. Londis recently renewed its sponsorship of TV3’s Come Dine With Me reality show.

As well as Londis, DDFH&B-JWT works for SuperValu. Cawley NeaTBWA has handled Tesco Mobile ads with actor Simon Delaney of Batchelors Walk and The Good Wife fame. Musgrave, which operates the Londis franchise in the UK, is inviting PR agencies to pitch for its SuperValu and Centra accounts. Edelman handles SuperValu and Centra is with DDFH&B’s BespokewithDirection, with Neil O’Gorman in charge.

The review will be handled by Musgrave’s director of communications and corporate affairs Edel Clancy.

Elsewhere, An Post is reviewing its creative account and the company’s Amie Peters will get the process underway by seeking credentials. Javelin and Dialogue currently share the company’s creative assignments.