Londis to use Language

Independent grocery chain Londis has appointed Language to handle its creative advertising following a review. ADM Londis marketing manager Ruth Norton made the decison following a two-way contest with Javelin. The account was previously handled by DDFH&B, which was recently awarded Superquinn without a pitch. Superquinn, previously with Boys and Girls, joins Musgrave’s SuperValu at DDFH&B. 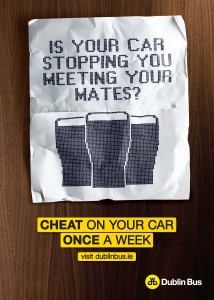 Elsewhere in adland, Dublin Bus is reviewing its creative account, currently with Rothco. In keeping with government procurement regulations,  the company is obliged to see agencies every few years. Coca-Cola Bottlers has asked agencies to pitch for its DeepRiverRcck water brand, which has been handled by Ogilvy in recent years. McCann Dublin, DDFH&B and Rothco are thought to be in the running.