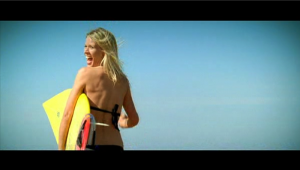 The Fáilte Ireland ‘Fun starts here’ campaign which resulted in the national tourist body’s director of market development John Concannon winning the Marketing.ie Marketer of the Year award in 2010 is on the shortlist announced today for the Adfx awards, organised by the Institute of Advertising Practitioners in Ireland (IAPI). In all, over 20 Irish campaigns are in the running for the awards to be presented in November.

‘Fun starts here’ was entered by DDFH&B and PHD. It is is one of several DDFH&B campaigns shortlisted in eight categories. The agency also has SuperValu’s ‘Say Hello’ and Kerry Foods Denny meats among the four finalists in the FMCG category. SuperValu is the only finalist in the retail and fashion category and Bord Gáis is shortlisted in two categories – new launches sponsored by RTE Media Sales and corporate finance/services.

Irish International has three campaigns shortlisted, including Bank of Ireland’s Double Your Interest and the RSA’s ‘Safety Conscious, Saving Lives’. Leo Burnett makes ‘the cut’ in two categories with its Kellogg’s Field of Dreams campaign, while Cawley NeaTBWA has two McDonald’s campaigns shortlisted.

Finalists in the IT, telco and digital catgeory are BT and Bluecube Interactive, Meteor’s roaming charges campaign by Publicis/Vizeum and Target McConnells for Vodafone’s Cherry Points. Ogilvy’s powerful ‘I Can’t Wait’ work for the ISPCC, showing a young boy being abused, is also among the campaigns shortlisted.

The alcohol category, sponsored by PML, is headed up by Rothco’s work for Heineken in urging promiscuous drinkers to settle down. The Adfx winners will be announced at a black tie dinner in the Mansion House on Thursday, November 8. Tony Blair’s former press secretary Alastair Campbell will present the awards.

The big interest on the night will be the winner of the Adfx grand prix award.