Love/Hate in for ten Iftas 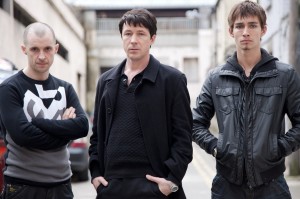 Love/Hate has been nominated in ten categories for the Irish Film and Television Awards, aka the Iftas. Stuart Carolan’s gangland series is in contention for best TV drama, while Aidan Gillen has been nominated for best TV actor.  Among the nominees for best film actor are Brendan Gleeson for The Guard, Michael Fassbender for Shame, Ciarán Hinds for Tinker Tailor Soldier Spy and Martin Sheen for Stella Days.

Ruth Negga, who plays Robert Sheehan’s girlfriend in Love/Hate, has been nominated for best TV actress for Shirley, a biopic of Welsh singer Shirley Bassey. Among those in the running for best supporting actor are Liam Cunningham for The Guard and Chris O’Dowd for Bridesmaids. Senna, a widely-acclaimed documentary about the life of Brazil’s iconic Formula 1 driver, Ayrton Senna, made the shortlist for best film.

The Iftas will be held in the Convention Centre on February 11, with actor Simon Delaney as host.

Icad is to host an evening of short films celebrating the creativity of the institute’s members. Among the shorts being screened in the Sugar Club on January 26 will be Conor Ferguson’s Atlantic, Eoghan Nolan’s John Duffy’s Brother, Dylan Cotter’s Washed Up Love, Nick Kelly’s Shoe and Michael Creagh’s The Crush.