Marketers must be passionate and commercial to get on

To fast track a career in marketing people must be passionate and energetic and stay upbeat and commercial in their approach. Speaking at the first Marketing Hub hosted by Alternatives placement agency, four of Ireland’s top marketers spoke about how they got to where they are today and the lessons they learnt along the way. 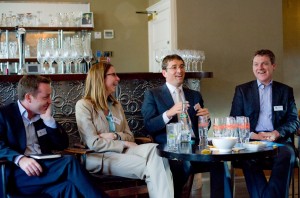 Failte Ireland’s John Concannon said the power of insight cannot be overstated. His career started with Dubarry shoes where he was “the marketing department”. When he joined Unilever he discovered marketing Magnum ice cream was all about sex. It explains the Magnum Seven Deadly Sins ads aimed at women. 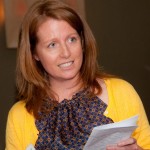 Bernie Keogh, Alternatives, introducing the speakers at the Marketing Hub in Odessa

Kerry Foods’ April Redmond said marketers must find out what they are good at and surround themselves with able people. Hard work and persistence count for a lot. Be a good listener and get people to champion you; avoid sloppiness and be versatile. As Woody Allen once said, “80 per cent of success is showing up”.

02’s marketing boss Jonnie Cahill said implement campaigns by paying attention to detail. He proved people wrong by making the switch from agency exec to client. Get ‘stuck in’ and goods things will happen. A series of decisions can lead to a strategy. Its pays to be loyal to your boss as they are under orders to look after you.

Permanent TSB’s Niall O’Grady said self awareness is vital in any career but especially in marketing. If you don’t like your job, plan to move elsewhere. The power of numbers and collecting consumer data should be a priority. Both O’Grady and Concannon are past winners of Marketing.ie’s Marketer of the Year award.