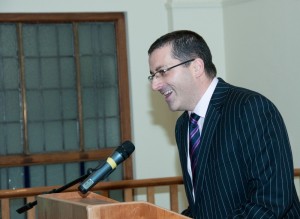 Paul Farrell has resigned as group commercial director of The Irish Times to take on the job of managing director of Initiative. The position became vacant recently after Gavin O’Doherty quit after just two weeks in charge. The former Coca-Cola and Publicis QMP executive said he believed he was not suitable for the job.

Farrell, who is well respected in marketing and media circles, chaired Marketing.ie‘s Marketer of the Year award in recent years. He will have his work cut out for him as he tries to strengthen Initiative’s reputation. A number of senior staff have left in recent weeks, including Jenny Byrne, Ross Molloy and Rachel Hynes.

Farrell joined The Irish Times from O2 where he was marketing director.