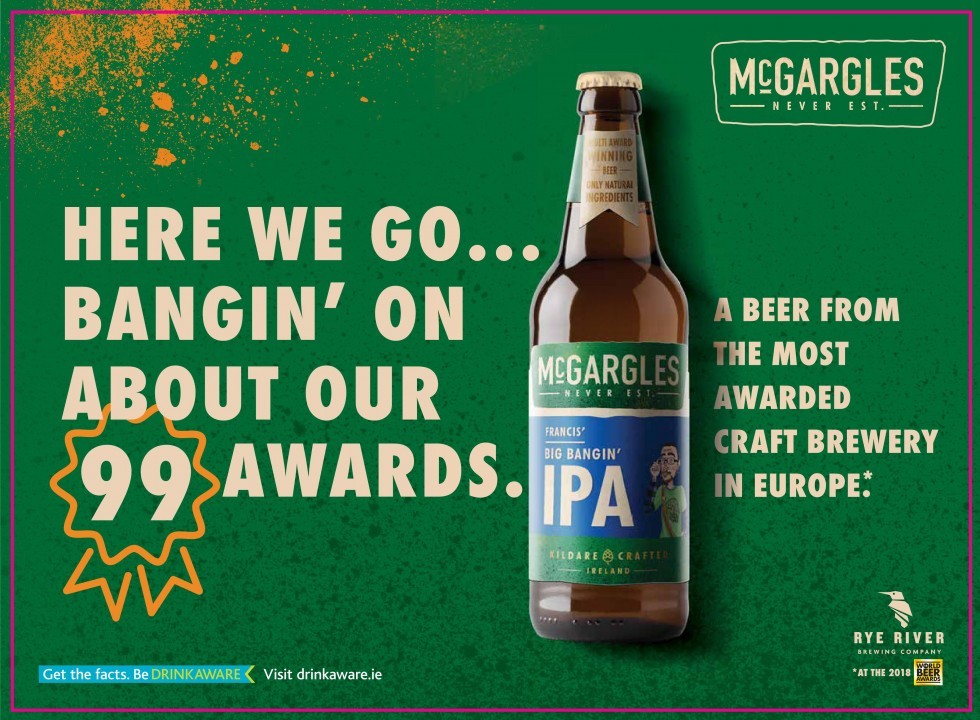 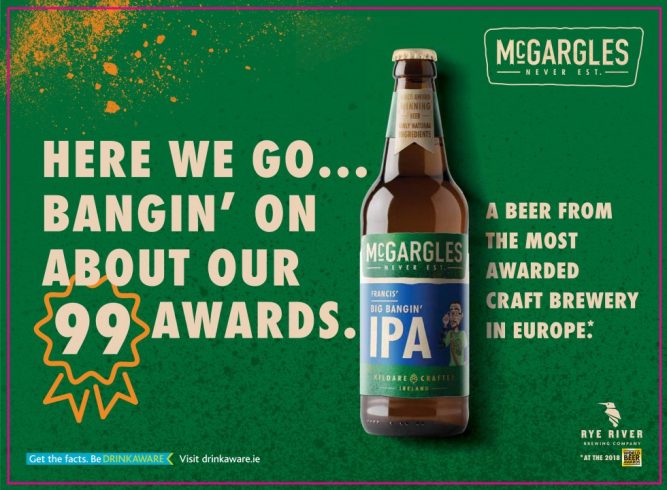 Irish craft beer producer Rye River Brewing Company (RRBC), which brews beers under the flagship brand McGargles, as well as supplying international and private label craft beers, The Crafty Brewing Company, Solas and Grafters, has become what they claims to be the first independent Irish craft beer brewery to launch an above the line  campaign.

Billboards for McGargles boast about the 99 award wins since 2013. The posters will run with the tag line “Here we go bangin’ on about our 99 awards” featuring the  Francis’s Big Bangin’ IPA, which is one of the McGargles’ range of nine beers. Last year, RRBC won an unprecedented 19 World Beer Awards (WBAs), making it “Europe’s most decorated brewery”.

The World Beer Awards is a competition involving 2,000 beers from 30 countries. The awards haul brought Rye River’s gongs total to 99 since the launch of the brewery in 2013.

In the past two years, RRBC has won five best in class awards. Founder and managing director Tom Cronin has been shortlisted as a finalist in the emerging category of the 2019 EY Entrepreneur of The Year™ Ireland programme. Finalists will compete across three categories with one overall winner being named later this year.