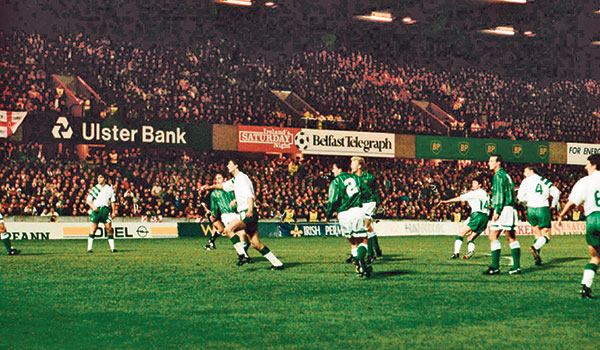 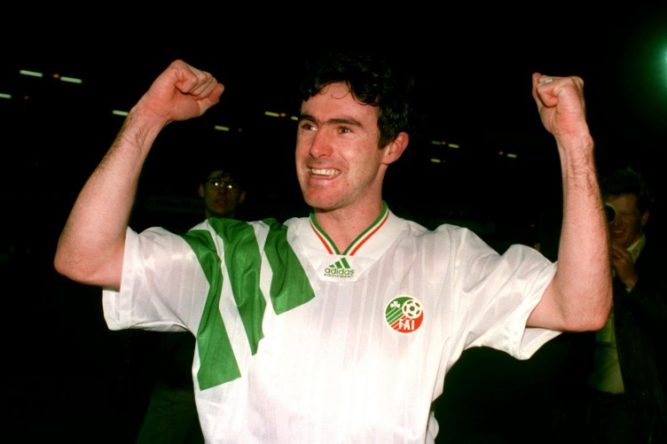 As the Republic of Ireland football team prepare to take on Wales in Cardiff in a vital World Cup qualifier, Alan McLoughlin remembers how he became a hero for the Boys in Green when he scored the goal against Northern Ireland “that changed his life” and made him a national hero. McLoughlin’s goal secured Irish qualification for the World Cup in 1994.

As part of #TheCallUp campaign, Three, sponsor of the Boys in Green, McLoughlin discusses choosing between Ireland and England and that famous night in 1993 at Windsor Park. Recalling his first call up by manager Jack Charlton, the midfielder described how he had received two letters on the same day, one calling him up to the England B squad to play against the Republic of Ireland.

Six letters into the pile he discovered another letter calling him up for the Ireland B squad to play against England. The then Portsmouth midfielder reveals that choosing to play for Ireland was a “no brainer, right from that moment.” He recollects the tense atmosphere in Windsor Park that night. A partisan crowd was made even more feverish when Northern Ireland went ahead.

The tension between Jack Charlton and Northern Ireland boss Billy Bingham was tangible.

McLoughlin knew he “had to go on and make some sort of impact to the game.”

On Monday night, Ireland go to Cardiff in a must-win game to keep World Cup dreams alive. It’s a strikingly similar situation to where the team was in 1993. “I remember watching Denis [Irwin] about to take the free kick. I was on the edge of the box by myself,” McLoughlin says. “At that moment, everything zoned in for me and I knew when I hit it, it was a goal and I knew the keeper had no chance.”

McLoughlin is now the academy manager at Swindon Town FC.