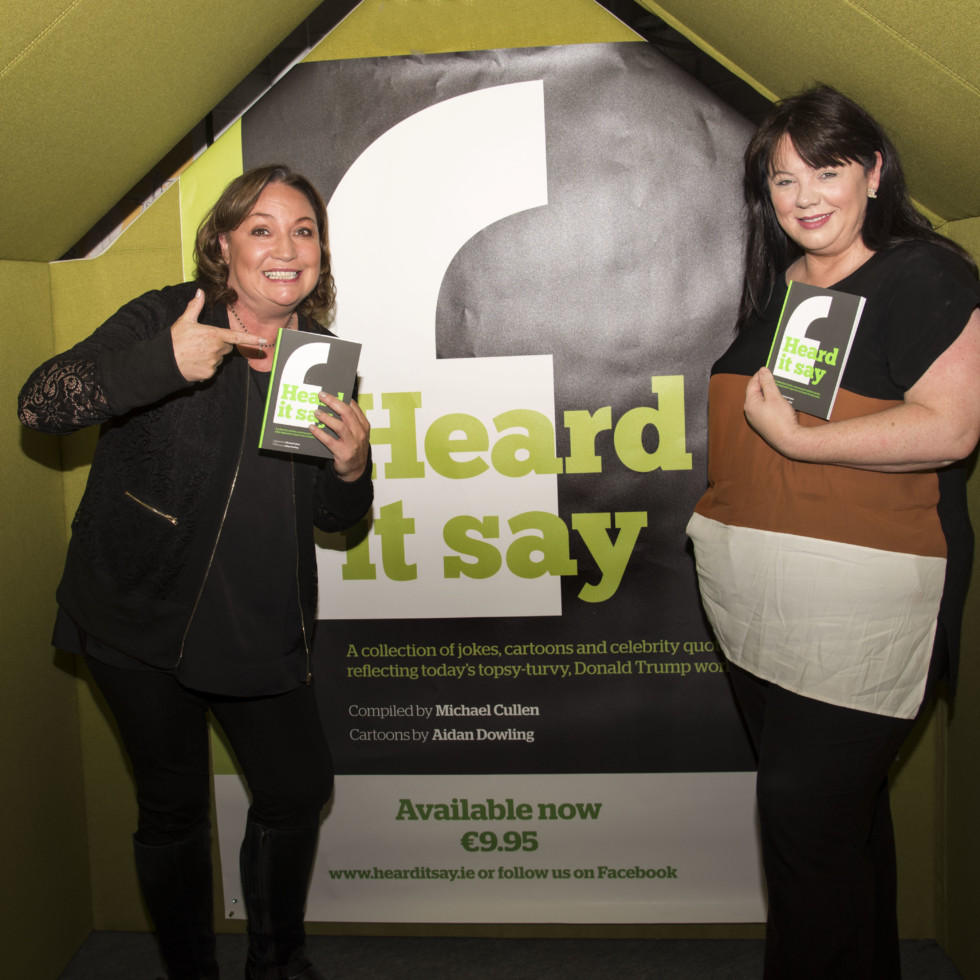 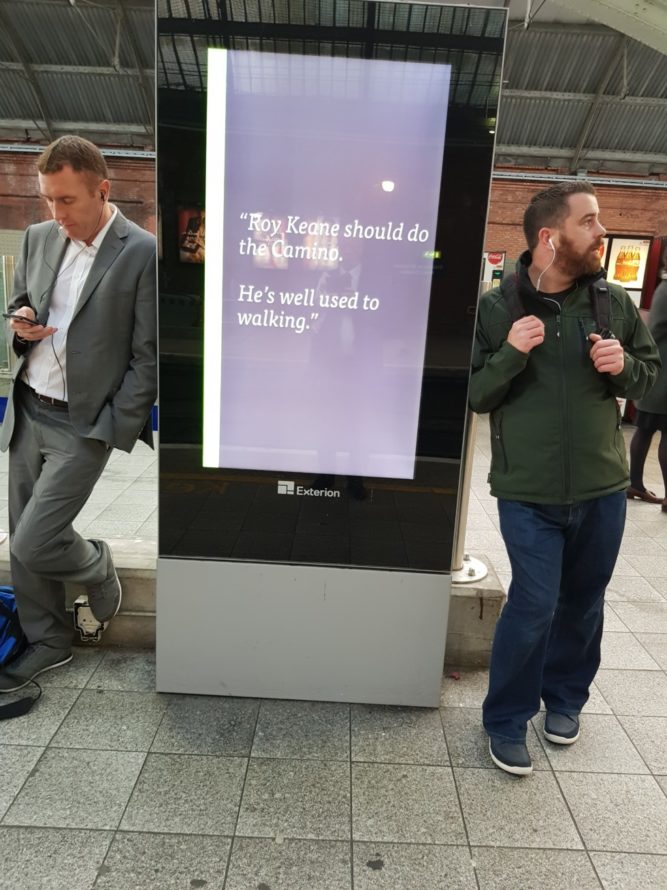 A new Irish joke book called Heard It Say was launched in Verve. The book is a collection of jokes, cartoons and celebrity quotes reflecting today’s topsy-turvy, Donald Trump world and was compiled by Michael Cullen, editor of Marketing.ie, with cartoon illustrations by Aidan Dowling. The 104-page paperback is published by Gregmar Books.

The book’s content is designed to evoke laughter, a wry smile and some half-serious thoughts on life. “Gags are a boost to the heart and soul, even when what’s lampooned isn’t to be taken lightly,” Cullen says. Heard It Say satirises people and events and pokes fun at politicians, celebrities, sports stars, the clergy, pillars of society and other headline makers.

Obviously, Trump features prominently, but there are also a lot of topical Irish jokes to amuse people. It will be on sale in bookstores and from Gregmar Books direct, price €9.95 – so there’s lots of time to target the market for Christmas stocking fillers. Copies can be ordered online at www.hearditsay.ie and you can follow on Facebook.

Heard It Say is promoted in an out of home campaign by PML (above), in press ads and PR.

Here’s a sample of some of the gags…

An elephant walks into the Forty Foot and sees a naked bather. He asks the man: “How on earth do you breathe through that?”

Diarmuid Gavin plants his veg in alphabetical order. Where does he find the thyme? It’s right next to the sage.

If love is blind, why is Agent Provocateur so popular?

Boris Johnson was out-manoeuvred by Michael Gove, which is the equivalent of being knocked down by your own golf buggy.

Eddie calls his wife the ventriloquist. She’s forever putting words in his mouth.

The three ages of men: youth, middle age and “my word, you look well”.

Terry Wogan was an anti-depressant with no side-effects.

Wally has been found. His funeral will be held soon but no one knows where exactly. It’s how he would have wanted it.

May misfortune follow you always – but never catch up.

What some ‘esteemed critics’ say about the book…

“Guaranteed to brighten up your day” – The Met Office

“Head-the-ball, how come you didn’t include the gag I sent you about Leo waking up the other night only to find the ghost of Gloria Gaynor at the foot of his bed? First he was afraid, then he was petrified” – Simon, Cork

“I couldn’t put it down” – Vet in Galway

See other links on Heard It Say…