Meas media up for review 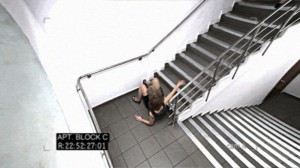 Meas, the body charged with encouraging a responsible attitude to alcohol consumption in Ireland, is reviewing its DrinkAware media currently with Initiative. The body is funded by major drinks companies, including Diageo, Heineken and C&C Group. Meas’s creative work, handled by Language, is not part of the review.

Other advertising reviews currently being undertaken include a public tender for the Referendum Commission. The agencies that win the business will have an opportunity to look after any referenda held in the next three years. Dublin City University (DCU), which is with DDFH&B-JWT and Mindshare, is also seeing agencies.

On the PR front, Pembroke Communications has been appointed by Audi and Emma Kelly’s Elevate, which last night celebrated its tenth year in business, has picked up the Volkswagen account. Malachi Quinn’s MQ2 is to handle PR and sponsorship in Ireland for the RaboDirectPro12, formerly the Magners League.