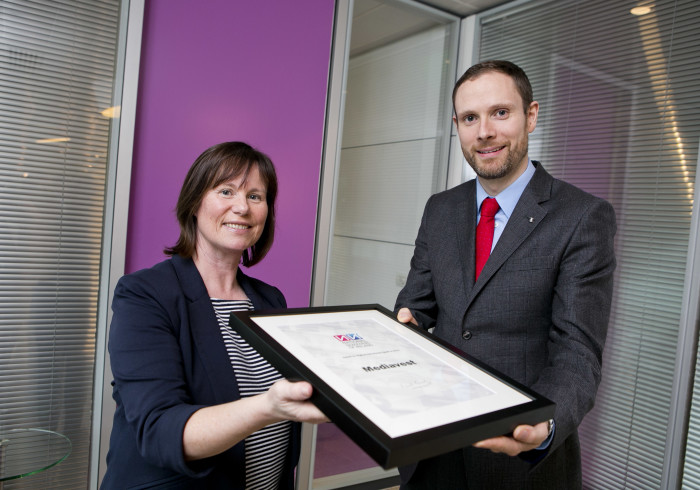 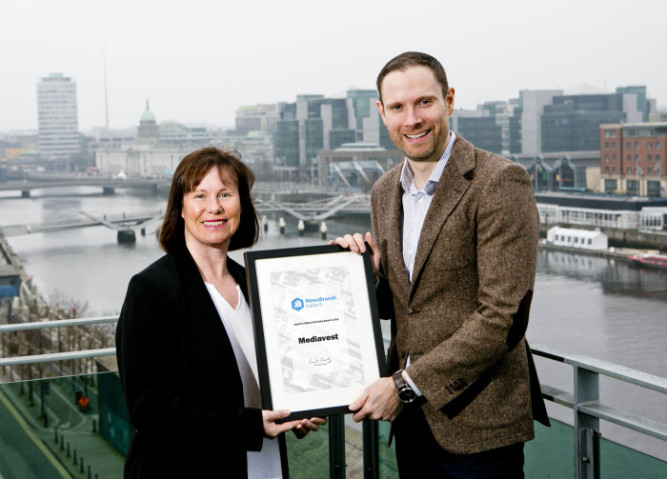 Core Media’s MediaVest topped the agency spenders table last year with an outlay of €14.3 million, up €2.6m on 2014, NewsBrands Ireland reports. Carat, part of the Dentsu Aegis, was the second biggest spender on €7.9m. MEC had the highest percentage increase at almost 92 per cent. Mediaworks was up by 40 per cent, PHD, 45 per cent and Maxus by 37 per cent.

NewsBrands Ireland director Dara McMahon, pictured with MediaVest’s Michael Clancy, said last year’s press revenue take from print and digital editions increased by 5.5 per cent year-on-year, the first annual rise since 2007. Agency spend was up by eight per cent to €98.4m, with most of the remaining revenue coming direct from property and recruitment.

Total growth rate improved in the second half of the year, while there was a 3.6 per cent increase recorded for the first six months of 2015 compared to the same period the year before. NewsBrands Ireland, previously known as the National Newspapers of Ireland (NNI), represents the interests of 16 Irish-published newspaper titles and their websites.

See 20 Questions with Dara McMahon in the March issue of Marketing.ie magazine