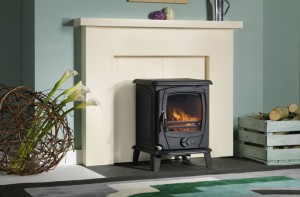 Mediaworks has been appointed to handle Waterford Stanley makers of Stanley range cookers and stoves. The agency is handling the roll out of new print, radio and online work. They had “conversations” with a number of other media agencies but no formal presentations were made, a company spokesperson told Marketing.ie. Marketing manager Eileen Slattery and her team work with various design agencies on creative concepts.

Allied Ironfounders made its first range cooker in Bilbery, Waterford, back in 1936.

After decades of growth, the business was placed in receivership in 1982 and was acquired by Frank Cruess-Callaghan and Owen Conway who coined the Waterford Stanley name. It was later sold to investment company Pricoa Capital Group. In 2005, British group Aga Rangemaster bought the business. Its range of cookers and stoves, including Rayburn, Falcon and Redfyre brands, are sold through 19 Stanley centres nationwide.

Frank Cruess-Callaghan was voted Marketer of the Year in 1995.