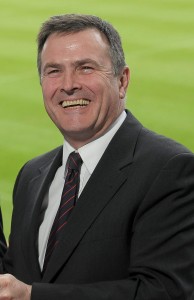 GAA commercial manager and Croke Park stadium director Peter McKenna  has welcomed the news that Musgrave brands SuperValu and Centra achieved the highest industry recognition from sponsorship last year. The Onside Irish Sponsorship survey showed Centra and SuperValu knocked 02 off the top spot last year due to its support for the All-Ireland hurling and football chanpionships, as well as the Tidy Towns.

McKenna, who was named the Marketing.ie Marketer of the of the Year in November, said the sponsorship recognition follows on from last year’s European Sponsorship Award (ESA) for Kellogg’s support for Cúl Camps and Liberty Insurance’s backing for its hurling and camogie championships. After 02 in second place, the Onside survey placed Heineken and Guiuness for rugby and Vodafone and Electric Ireland for music.

The Gathering – a Marketer of the Year finalist – was recognised by six out of ten respondents.