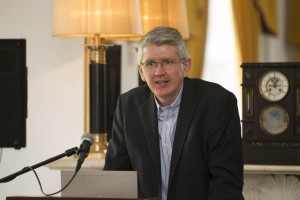 Jim Miley, project director for Ireland’s year of The Gathering, is to join The Irish Times as commercial director. Miley was responsible for delivering all aspects of The Gathering, which was the brainchild of Fáilte Ireland’s director of market development, John Concannon. They were joint finalists in this year’s Marketer of the Year award. Miley is a former chief executive of MyHome.ie and served as Fine Gael general secretary.

He was also interim CEO at 4FM and chairman of Concern, the third world charity.

The idea of The Gathering was to harness goodwill and support from three main groups – Irish people at home, the 17 million Irish diaspora and non-Irish people worldwide who love the country – and to promote tourism by way of national and community events. The initiative kicked off with the Navy-Notre Dame American football game at the Aviva in September last year. Since then, 5,000 new events have been staged.

For an interview with Jim Miley and John Concannon, click on https://www.marketing.ie/marketing-tv