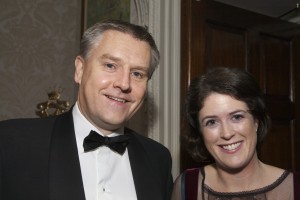 Mindshare was the biggest press spender last year with the Group M agency run by Bill Kinlay (above) topping the National Newspapers of Ireland (NNI) agency league with €9.7 million. Starcom was second on €8.6m, followed by Carat on €8.2m. The total outlay on press was €167.6m last year, a drop of almost six per cent on 2011. Thru agency spend amounted to €106.2m last year, the NNI expenditure report showed.

The spend figures include both print and online with the 15 national titles and Irish editions of British titles which are NNI members. The NNI does not publish a breakdown on print and online spend, but it confirmed that advertising on its news websites and mobile apps were up by 22 per cent. National newspapers have seen a 54 per cent drop in ad revenue since 2007, when the total take was as much as €367m.

National newpapers fared better than local titles whose ad revenue was down by 12 per cent last year.