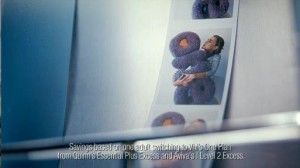 Mindshare has been appointed by VHI Healthcare to handle its media buying and planning after a contest with Initiative and the incumbent, Mediavest, part of the Publicis group. Sister agency QMP Publicis has held on to the creative account after VHI saw presentations from DDFH&B-JWT and McCann Erickson.

The decision by the VHI marketing team, comprising Tony Boylan, Marie O’Neill and Adam Bacon, not to switch creative agencies does not come as a major surprise as there was a general belief among people in adland that QMP Publicis had devised some strong campaigns in recent years.

Although there has been no official confirmation of the VHI media spend, it is estimated to be about €4.5 million. The reviews were handled by Brian Sparks of Agency Assessments International.