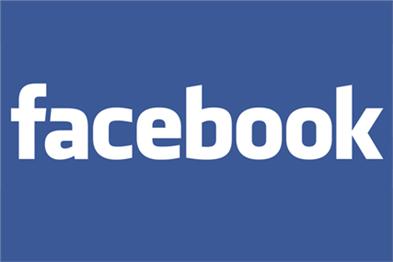 Some 52 per cent of Irish consumers now get their news from social media sites and international research by the Reuters Institute suggests 12 per cent say social media is their first call for news. Now in its fifth year, the annual digital news report points to the widespread use of smartphones, social media as a news source and the rise of ad blockers.

It is the second year the Broadcasting Authority of Ireland (BAI) has funded the inclusion of Ireland in the report, as part of its work on media plurality.  Data relating to Ireland has also been the subject of a more detailed and specific report on the Irish results of the survey, by the Institute for Future Media and Journalism (FuJo) at DCU and commissioned by the BAI.

The data for the research was collected between last January and February.

Platforms: TV remains the most popular platform for news in Ireland, at 73 per cent, down three per cent decline on 2015. Social media as a news platform rose by three points to 52 per cent. Radio and print have dropped slightly, at 47 per cent and 45 per cent respectively. The rise in social media as a way of accessing news and the decline in the more traditional platforms raises a number of issues in relation to funding for quality news content in the future.

Paying for news: As sales of printed newspapers continue to slide, 71 per cent of Irish consumers are unwilling to pay for online news. Of those that do, 49 per cent pay under €50 a year. The availability of free news in the global English-language market is a big influence on payment rates. No such country has a news payment rate of over ten per cent.

Ad blockers: While 42 per cent of consumers are willing to view ads in return for free access to news, 54 per cent of Irish consumers find ads on news sites intrusive. The growth of ad blockers presents a problem for publishers relying on digital ad revenue. Among the 26 nations surveyed, Ireland has the fifth highest level of ad blocker use, at 30 per cent. More than half of 18 to 24 year olds use some form of ad blocker.

Trust: Trust in news is highest among over-55s. Half of those surveyed do not trust the news in general. In line with international findings, the Irish trust editors and journalists (37 per cent) less than news organisations (47 per cent).

News consumption routines: News consumption is high in Ireland, with 84 per cent of people accessing some news every day and 53 per cent several times a day. Traditional media is still deeply ingrained in Ireland. Radio remains the first point of daily contact with news for 39 per cent of consumers. But social media and mobile devices are creating new habits. Of those using smartphones in the morning – 21 per cent – half of them find news on social media sites, while one in three go directly to a news app or news website.

Online news video: Video content is not attracting large numbers of news consumers. Only a quarter of international respondents say they access online news video. The Irish, on 28 per cent, are inclined to watch video news than many European peers. However, those who do not regularly watch news video attribute technical issues (46 per cent), the convenience of reading (39 per cent) and a dislike of pre-roll ads (24 per cent) as factors.