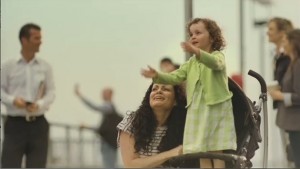 DDFH&B-JWT has been retained to handle the National Lottery after a protracted creative review which included three other agencies – Irish International, Publicis QMP and Rothco. Media, which is handled by Starcom, was not part of the review. The lottery, run by An Post, raised €243.7 million for “good causes” in 2010.

But given that the licence is about to be sold, An Post is unable to agree the usual three-year agency contract.

There has been speculation about the lottery’s future as the government plans to sell off State assets. It is felt that a number of overseas groups may be interested in acquiring the licence, which may be worth as much as €500m. The government plans to make €200m available for the new national children’s hospital.

All surplus monies raised by the lottery are used to fund spending in youth, sport, recreation and amenities; health and welfare; arts, culture and heritage and the Irish language. There have been cases of senior politicians using monies for local projects. Since its launch in 1987, the lottery has raised over €3.6 billion.