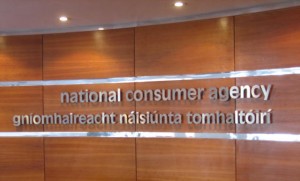 The National Consumer Agency (NCA) has switched its media buying from OMD to MediaVest after a formal tender process. The body, whose purpose is to defend consumer interests in Ireland, traces its origins to the launch of the Consumer Strategy Group (CSG) nine years ago. The CSG presented its report, Making Consumers Count, to the then Minister for Trade Enterprise & Employment, Micheal Martin, in 2005.

Among the report’s recommendations was the setting up of a new statutory body to champion consumer rights. The NCA was founded in 2007 and Ann Fitzgerald, a former chief executive of the Association of Investment Managers, became its first CEO. She also chaired the CSG. Fitzgerald stood down last October and was recently replaced by Karen O’Leary who joined the NCA three years ago and is on a five-year contract.

O’Leary was deputy head of consumer information at the Central Bank and the Financial Services Authority.