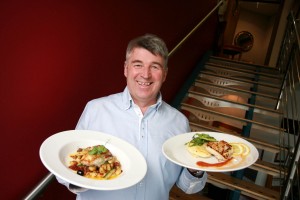 Fáilte Ireland has launched a campaign to find 12 food champions to help build Ireland’s reputation as a a food tourism destination. Members of the public are asked to nominate people with a resounding passion and faith in Irish produce, individuals who could influence food tourism on a regional basis. The 12 contenders must be located along the Wild Atlantic Way, from the Inishowen peninsula in Donegal to Kinsale in Co Cork.

Nominees should have been involved in the food business for at least two years and have received awards for their work. Fáilte Ireland will work with the 12 people to develop food tourism networks. They will travel to Norway to discover how the Scandinavian country promotes food tourism. It is the second year of Ireland’s food champions and those chosen from last year were already making a difference in their areas.

Tourism and hospitality employs about 185,000 people and generates €4.5 billion in annual revenue. This year, €19 million is going to Fáilte Ireland to operate the tourism capital investment programme. CSO figures show a 7.4 per cent rise in tourism number for the first quarter of 2013. Ireland’s overall net rating as a value for money destination has improved, from minus 11 per cent in 2009 to plus 24 per cent last year.

An estimated 3,500 Gatherings have been confirmed, including clan get-togethers, festivals, special sporting events and concerts across the country. Pictured above is Martin Shanahan of Fishy Fishy in Kinsale.