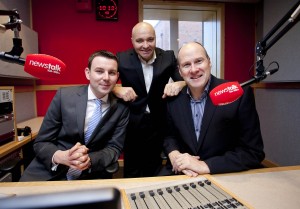 A decision by RTÉ to refuse to broadcast an advertisement submitted by Newstalk 106-108 fm is in contravention of its public sector broadcasting remit, the independent station has claimed in a statement issued by its PR agency, FleishmanHillard. “RTÉ’s decision not to accept the ad is motivated  solely by its determination to curb the listenership of a competitor,” Newstalk chief executive Gerard Whelan said.

“We submitted an ad and RTÉ took an arbitrary decision to reject it,” Whelan said. “RTÉ is subsidised by the taxpayer and in 2012, it generated a licence fee income of approximately €181 million. It also took in advertising revenue of approximately €156m in the same year. Now they want to stamp out the competition. This is clearly anti-competitive and an abuse of its position,”  Whelan added.

He said that Newstalk has been made aware that RTÉ has guidelines for rejecting ads from competitors. RTÉ should make these guidelines public immediately, in the interest of transparency, he added. The talk station owned by Denis O’Brien is taking legal advice and may lodge a formal complaint to the Competition Authority.

But an RTE spokesman said the Newstalk ad, promoting the Pat Kenny show which goes out weekday mornings, used the line ‘Move the dial’ , urging an call to action which contravenes RTE’s advertising code.