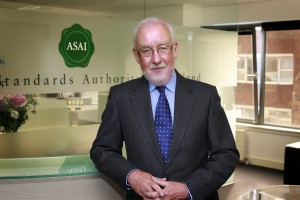 Former Young’s boss Sean O’Meara is to replace Ed McCumiskey as board chairman of the Advertising Standards Authority of Ireland (ASAI) at the start of July. O’Meara joined Youngs in 1986 as an account director and served on the board. Four years later, he became managing director. In 1994, he was made CEO and chairman of Lopex Ireland. He left Young’s in 2003 and chaired the JNRS report until 2009.

A highly-respected and affable adman, O’Meara was also an account director at Hunter Advertising during the Eighties. He also worked on the client side for 10 years, with food companies Beechams and HB Unilever. He has a keen interest in radio and presented a show on the Dublin community station, Anna Livia.