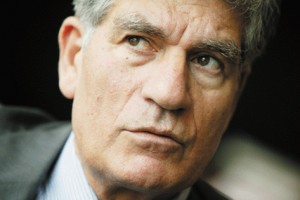 The proposed $35 billion merger between Omnicom Group and Publicis Groupe has been cancelled as efforts in forming the world’s largest advertising agency proved too much for the US and French partners. Presented in July as a merger of equals, the deal began to seriously unwind last month when Omnicom chief executive John Wren expressed doubts about the deal, citing tax complications.

In a joint statement, Wren and Publicis CEO Maurice Levy said the challenges that still remained to be overcome, as well as the slow pace of progress, created uncertainty contrary to the interests of both groups and their employees, clients and shareholders. “We have thus jointly decided to proceed along our independent paths. We, of course, remain competitors, but maintain a great respect for one another.”

The deal collapsed over various sticking points including the both groups failure to agree on a chief financial officer (CFO) who would have taken charge of implementing the deal. Neither company will pay a termination fee. Broader cultural differences between the two companies proved troublesome as tension over leadership and strategy came to a head. The boards of the two companies met yesterday to unwind the deal.

The merger called for a 50-50 ownership split of the equity in the proposed new company, Publicis Omnicom Group, with Wren and Levy serving as joint CEOs for 30 months. It is said “big egos” were involved. The choice of CFO, a key role determining how the company would operate and deciding on either Publicis’s centralised structure, or Omnicom’s less controlling approach to subsidiaries, were obstacles to progress.

As the companies tried to make the merger happen, they faced a struggle to retain clients and talent. Celebrating the proposed merger with champagne toasts in Paris last summer, Wren and Levy (pictured above) said the deal would allow them to better compete with Google and Facebook as digital advertising now accounts for almost a quarter of all marketing spend.