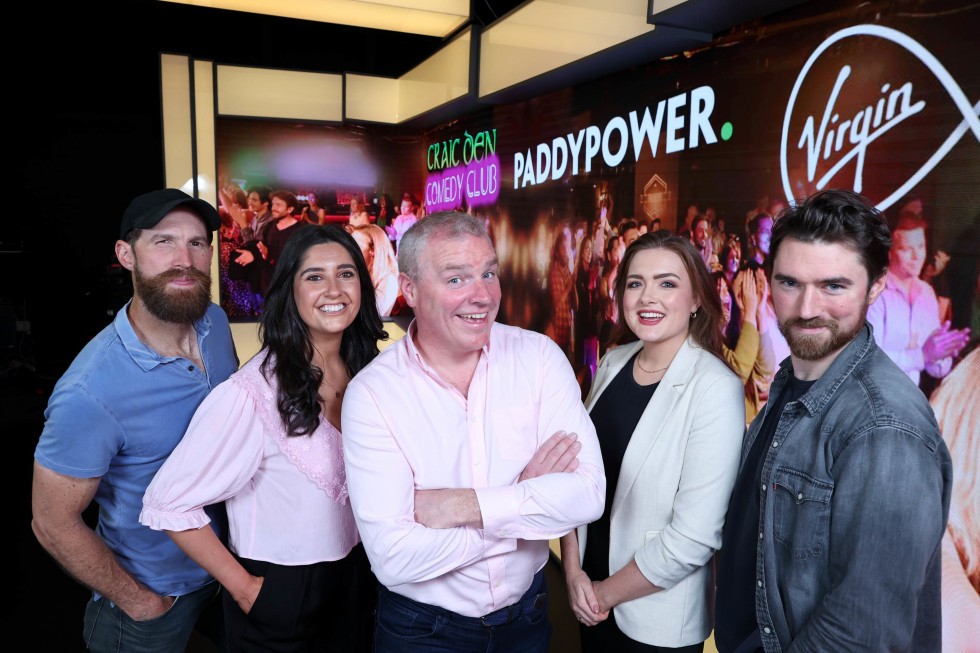 Paddy Power is the sponsor of the new Craic Den Comedy Club starting on Virgin Media Two at 10.05pm tonight. The show is hosted by comedians Eddie Mullarkey and Damo Clark and is filmed in Dublin’s Tramline. The series will run for five weeks with a double episode tonight in the lead up to next month’s Paddy Power Comedy Festival at the Iveagh Gardens.

Paddy Power, brand ambassador for Paddy Power, said partnering Virgin Media Solutions as sponsor of the Craic Den was highly apt. “As a brand which prides itself on being able to have the craic, it’s a great fit and the show will feature Irish comedians people will be able to see live next month at the Paddy Power Comedy Festival which runs from July 21 to 24.”

This deal was brokered by Core Sponsorship.