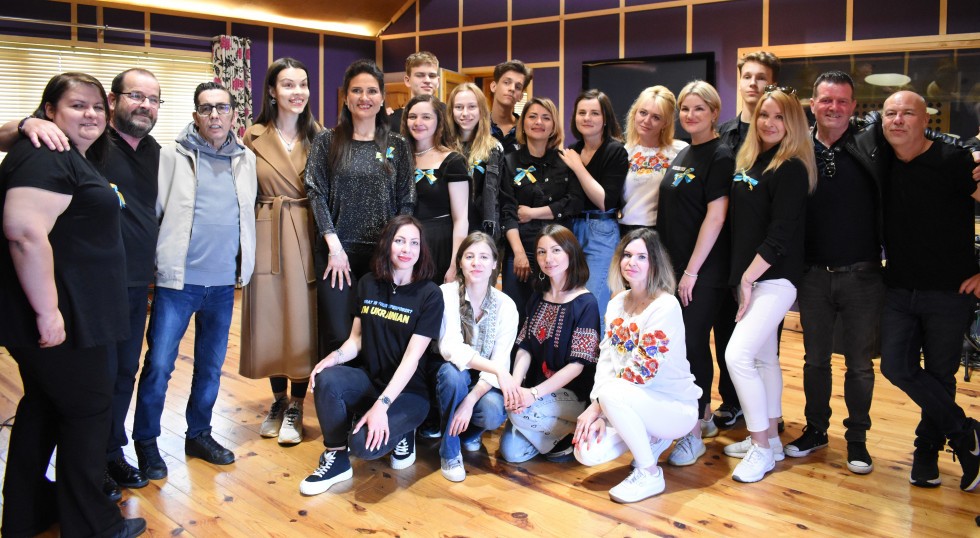 As part of the Ireland for Ukraine media coalition campaign, Virgin Media Television are to broadcast a documentary next week which follows Irish band Aslan as they work with the Irish Red Cross to bring together members of the Ukrainian community in Ireland new and old to record a charity single to support the people and country in their time of need.

Aslan and the newly-formed choir will perform their take on the band’s 1986 hit ‘This Is’ with all money raised going to charities in Ireland and Ukraine, including the Red Cross, to support their ongoing work to assist those impacted by the war in Ukraine. The one-hour documentary will also tell the stories of newly-arrived Ukrainian immigrants to Ireland.

Ireland for Ukraine is the Irish media response to harness the generosity of the Irish public and ensure it reaches those who need it most. All donations go into a fund managed by the Community Foundation for Ireland, with half of the money divided among Irish international aid agencies  – Irish Red Cross, Unicef Ireland, Concern Worldwide and Trócaire.

The other 50 per cent will be made available as grants to Irish charities and agencies helping people from Ukraine who are now resident in Ireland. Applications can be made through www.communityfoundation.ie. The closing date is June 30. This ​Is for Ukraine is on Virgin Media One at 9pm next Wednesday, June 29 and a soundtrack will also go on sale.

Aslan mark their 40th anniversary with a headline concert at 3 Arena on September 17.