P&G still in dispute with RTE 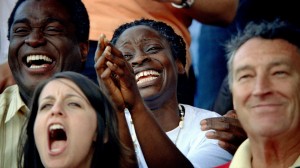 The stand-off between RTE and Procter & Gamble (P&G) over advertising rates continues. The dispute has stopped all P&G ads from running on RTE in recent months. The row followed the decision by RTE to end its ‘share deals’ policy earlier this year, which allowed advertisers generous discounts once they invested most of their ad spend with the national broadcaster. P&G spends about €10 million a year on advertising in Ireland.

As much as €8m of the P&G budget goes on TV. P&G brands include Ariel, Fairy, Gillette, Bold, Braun, Crest, Olay, Pantene and Pampers. The US company was a major sponsor of the London 2012 Olympics with its Mums campaign (above). A spokesman for Core Media, whose Starcom agency handles P&G, declined to comment. Not surprisingly, TV3 and Sky’s opt-out channels in Ireland have benefited from the dispute.

The action by P&G is not new. The multinational giant pulled all its advertising from RTE for much of 2003.