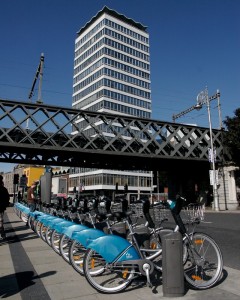 Sponsors are sought by the National Transport Authority (NTA) for an extended national public bike scheme similar to what Dublin City Council and JCDecaux organised for Dublin. The NTA plans to launch the scheme in four regional cities – Cork, Limerick, Galway and Waterford – by the second half of next year. The sponsorship will allow naming rights to the scheme and advertising and branding on bicycles and at bike stations.

Contracts are expected to run for between three and five years, with sponsors in each of the four cities negotiating separate deals. The scheme proposes 235-265 bikes for Cork, 200-250 for Galway, 135-165 for Limerick and 80-100 for Waterford. Tobacco, alcohol and political marketers are excluded from the tendering process. The NTA has set a deadline for applications of Tuesday, December 18 2012.