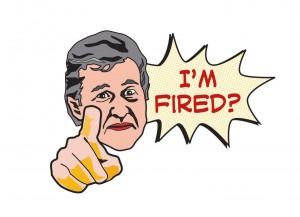 Bill Cullen’s decision to fire feisty Cork restaurateur Sandra Murphy in week ten of The Apprentice on TV3 last night has come under fire.  An online poll www.didbillgetitright.ie by project sponsor JustEat.ie shows that the Irish public disagree with Cullen’s decision and that even the veteran motor industry boss can call it wrong.

JustEat.ie’s public vote showed an overwhelming majority of almost 25 per cent felt that Noel Rowland should have had to leave with his packed bag. Not far behind were Maurice O’Callaghan and Conor Browne with almost one in five voters choosing to fire them. The two remaining female candidates were the most popular.

Just one in ten voted for Murphy to be fired and 14 per cent said Joanne Sweeney-Burke should have gone.