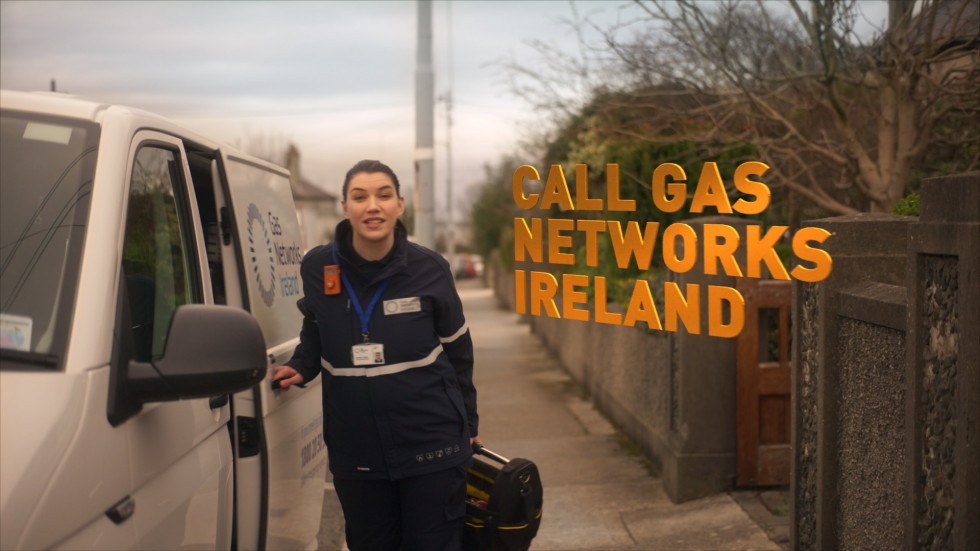 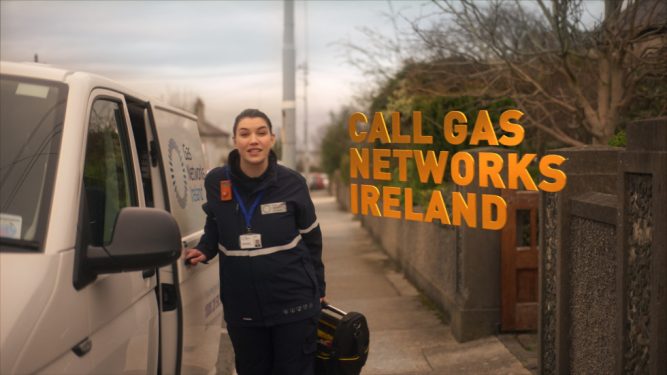 Gas Networks Ireland (GNI) have refreshed their gas safety messaging for the social age. The public will be familiar with a campaign that’s been running for five years where a reassuring GNI rep walks TV viewers through the steps to take ‘when you smell gas’. In the new ad, the steps are augmented by 3D titles within each scene to aid the viewer’s comprehension.

The use of a bold graphical device is designed with digital media in mind where voiceover can be less effective, and scroll-behaviour favours an impactful visual approach. The new campaign is the first to feature a female gas safety engineer, aka a first response fitter. It is in line with GNI’s Stem ambitions, promoting equal representation in tech and engineering roles.

The ad was directed by the Emmy Award-winning Emer Reynolds for Antidote Films.