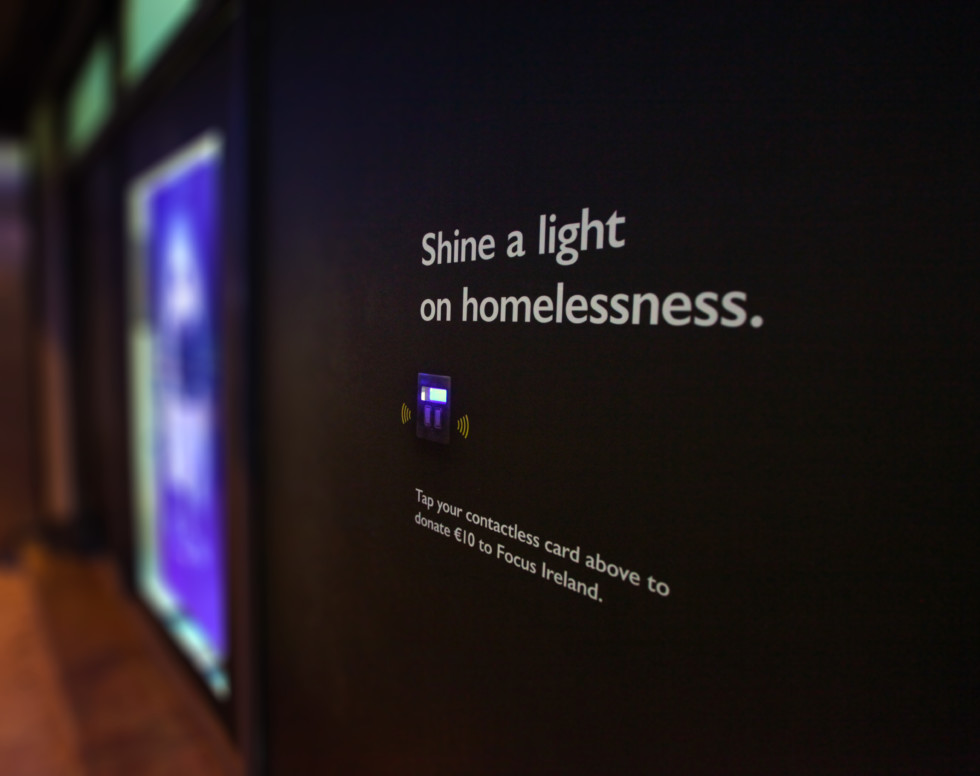 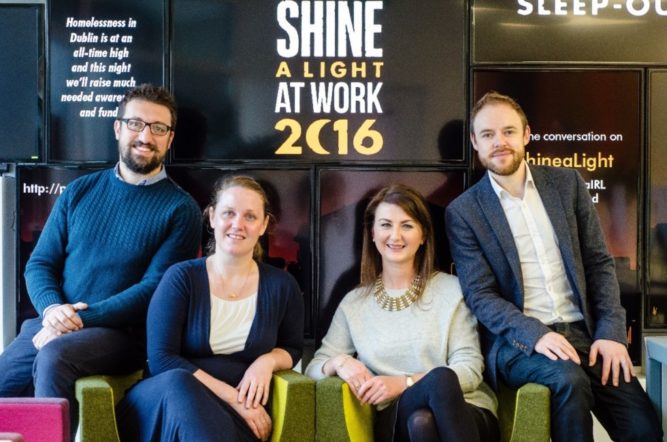 Core Media’s Radical has combined technology and innovation to raise awareness of the homelessness crisis. As part of this year’s Focus Ireland’s Shine a Light campaign, the team put their technical know-how to work to create Ireland’s first interactive contactless donation station. Latest statistics reveal that 6,611 people have nowhere to call home in Ireland.

Digital screens around Grand Canal Quay highlights the reality faced by families homeless in Ireland. Placing an interactive digital screen in the window of Core Media’s HQ in Sir John Rogerson’s Quay, the agency team created a scene of a family who have become newly homeless. Featuring a mother and son, the duo appeal to passers-by for some help.

Cian Corbett, business director, Radical says helping the homeless in Dublin could not be easier. The interactive screen allows people to donate with one tap of their debit card on the contactless point in real-time. Straight afterwards, the screen’s interactive technology informs people where their contribution will be made – and how they’ve helped. 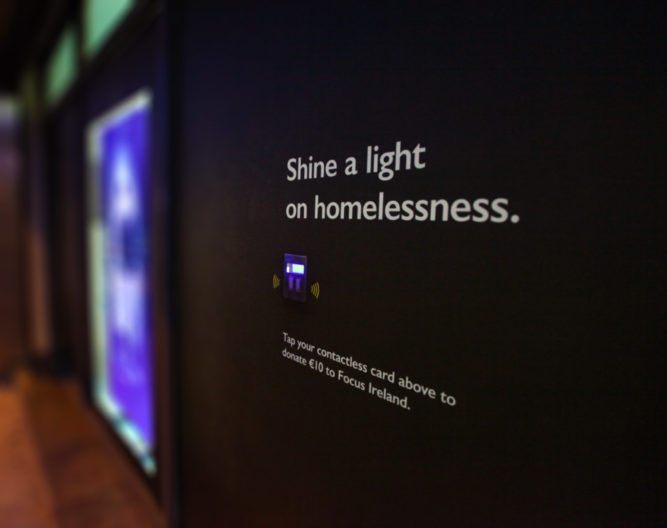 Along with the interactive station, teams across Core Media took part in the recent business leaders Sleep Out initiative. Core Media’s CEO, Alan Cox, and CDO, Justin Cullen, both joined national business leaders sleeping out in Christ Church. A Core team through a sponsored sleep-in at the agency. To date, the team has raised over €14,500 for Focus Ireland.