The salaries of RTE’s top presenters are to be cut by over 30 per cent from their peak in 2008, Noel Curran, director general, RTE, writes in an article in today’s Irish Times. Curran said reducing the salaries of the station’s top broadcasters is part of a process to make up a projected €34 million shortfall this year. 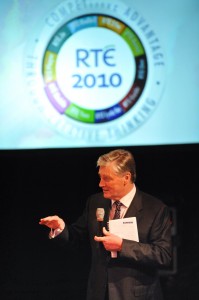 Curran said RTE predicts a €17m deficit this year after savings. He does not expect the organisation to break even until 2013, due to a series of government decisions to divert more of the licence fee away. RTE is to look for voluntary redundancies and it is thought that at least another 75 jobs may go.