Radio and TV stations in France which refer audiences to Twitter and Facebook by name are breaching the nation’s media laws and risk fines if they fail to comply. A spokesperson for France’s media regulator said broadcasters can refer their audiences to social networking sites – but not by name.

The regulator has warned that such covert advertising is a breach of the law. Broadcasters cannot say “look us up on Facebook” or “look us up on Twitter” as they refer to commercial brands. Visible or audible references to brands outside of advertising breaks has been banned in France since 1992. 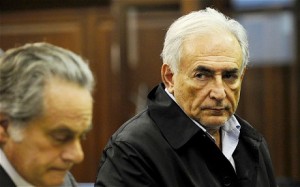 Media usage of the social networking sites has mushroomed with France’s coverage of the arrest of former IMF chief Dominique Strauss-Kahn (pictured) in New York on attempted rape charges. TV stations have been cautioned for showing images of ‘DSK’ being escorted to and from court in handcuffs.